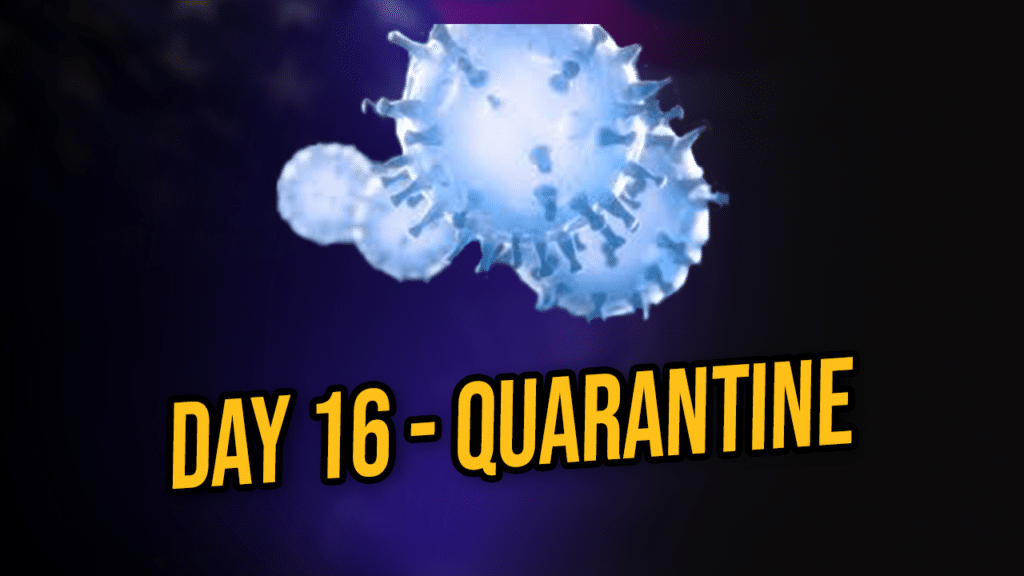 I am 16 days into quarantine and while I wanted to write this post on a computer we still don’t have access to them.  So I am putting pencil to paper and having it transcribed.  It is 8:10 am on Thursday June 24.  I have been up for 2 hours and have already completed my morning “ past the time rituals”.  My bed is made, breakfast has been eaten.  I have read and watched the world go by.

After my conviction people told me “it could be worse”.  There is some merit in that phrase, but I also despise it.  Lately however, I am leaning more toward the merit side of the spectrum.

We only have 6 magazines up here in quarantine.  3 National Geographics, 2 hunting magazines and 1 issue of Mens’ Health.  Needless to say, I have read those magazines cover to cover…2 or 3 times.  As have many of the other men I am up here with.

Mens’ Health had an article on how African Americans are at a higher risk for hypertension.   The recent line of thinking hypothesized that the high rates of hypertension among African Americans were due to the horrors of slavery, including the transportation of slaves from West Africa to North America ( The Middle Passage). The theory purports that those who were genetically predisposed to retain more sodium in their blood (the essence of hypertension) survived. Descendants of the hypertensive slaves perpetuated the gene.

The truth is there is no gene, but there is a systemic problem.  Hypertension is more complex than sodium and gene theory. We need to take into account-

What made this article hit home was talking about it with an African -American man in quarantine with me.  He wanted to trade his pulled pork one day, and his bacon the next, with me for my mackerel packers ( more on these little gems of the BOP in another post.) He is, rightfully so, concerned about hypertension and shared first hand his experiences with the above challenges.

National Geographic also had two large exposes. One on the sex trafficking of children in India and Bangladesh and another on death row inmates who were actually innocent.  My jaw was on the floor after reading these, my ego squarely in check.  There is no comparison. None.

I can’t even begin to comment on what those children endured.  Or what slavery was like for those sailing across The Middle Passage, or what it is like to be Black in America. And here I am, sitting in Federal Prison bored out of my mind and frustrated because I can’t go outside, use the phone, or have access to reading material of my choice. Can you imagine not just being in prison, but being there and being on death row? For over 10 plus years one person had his death stayed only 17 days before the execution date. Another, just 90 minutes before.  These people are out of prison, reconnected with their families, fishing with their children and advocating for changes to the justice system to prevent this from happening to others.

I’m an upper middle class white guy with a relatively short sentence and a loving and supportive family. I do not think 42 months is short, but ask that to the guys who are here wrapping up 10-20 year sentences. I have no excuses to not make the best of this time and come out with a plan to live a beautiful life.

Life isn’t fair and everything isn’t logical.  I don’t think I needed to quarantine for a virus I am vaccinated against and that I also tested negative for on day 1 of quarantine. But, that’s something I can’t change. Plus, it already happened.  Bad things happen to everyone, but my god, in my case, yeah it definitely could have been worse.

My first week in quarantine I thought I would write a post where I was fuming about how absurd it was, how unfair it was, and how, dare I say unjust.  Sure, to a degree it was. But with a lot of ( and I mean a lot) of time to read and reread every single word of an article, an equal amount of time to ponder, and yet more time to discuss my thoughts with people of different backgrounds and experiences you come to realize what one death row inmate so eloquently shared. I’ve added a few changes so it reflects my current status and provides a mantra of sorts for me: “Forgive, Accept and Move on. There are so many reasons to be hateful and mad at people in situations, but you have to move forward otherwise it just eats you up. The people who can’t get to that conclusion emotionally, they don’t make it.”