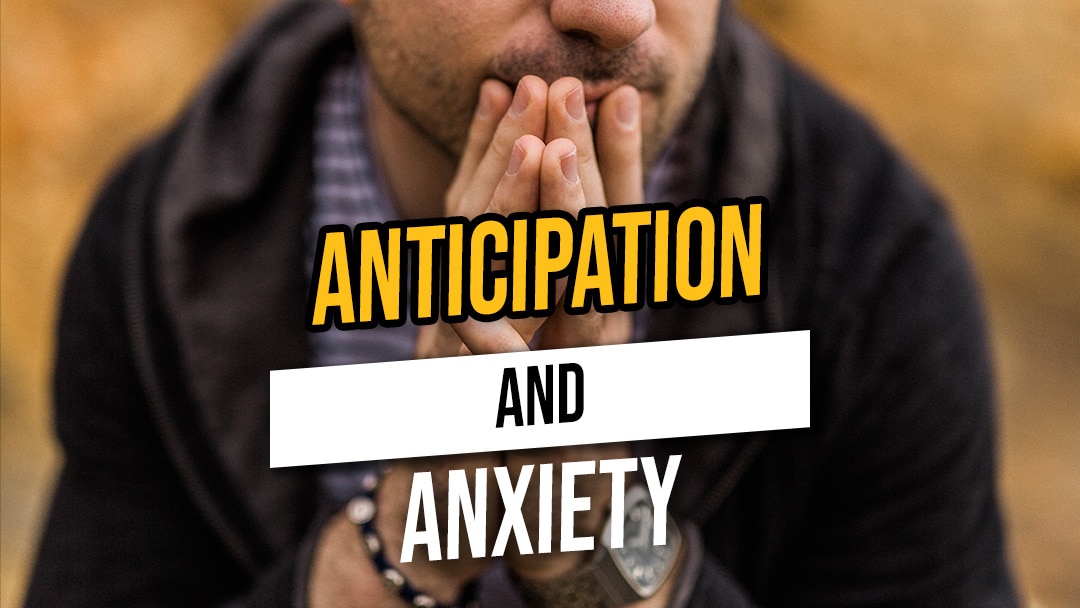 Anticipation & Anxiety – In Prison and in Life

When it came to prison, I feared all the wrong things. That fear often affected the time between sentencing and self-surrender. You don’t know what you don’t know and I can’t change the past but a lot of what I was worried about didn’t come to be. I spent time fearing what the prison and the people here would be like. In reality, it was a waste of time to think about either because it is going to be exactly how it is going to be, no matter how much time you spend stressing. Meanwhile, things I did not anticipate caused more pain than I imagined. I was in these moments, living life, knowing I didn’t want to come here and those thoughts made me less present. On the flip side, inmates arrive here and all they can think about is going home. At home fearing prison. In prison wishing to be at home. It’s illogical.

I’m now nine months into this and able to more clearly look back at how I handled that time between knowing I had to come here and arrival. I did as good a job I could balancing preparation, living, and managing the emotions – but it was a struggle. I would be remiss if I didn’t say that a grey cloud of anticipatory fear weighed on me and drastically impacted those around me. I know it was hard for them, but I also know there were some deep, beautiful moments that I wouldn’t trade for anything. Even my freedom. That’s easy to say though, because such trades do not exist.

Going to prison is nerve racking. Now that I’ve seen many new inmates arrive and experience those first days for themselves, I realize it’s not prison itself that is the hardest part. No one cares that you’re new – they’re all living their life here, in a routine. It is self-centered to assume that you showing up is a big deal for anyone other than you and the people who will miss you. The staff have seen thousands of inmates come and go, the inmates have seen it hundreds of times. You won’t like it, but you are physically and emotionally unable to toil in those emotions around the clock.

What makes it hard is not missing your favorite foods, your favorite sports, or hobbies. It’s not missing your bed, a private shower, or a toilet you don’t share with 60 other people. It’s not overly difficult waking up at 5:30 in the morning, being surrounded by guys who snore, or having limited time outside. The immense lack of control is frustrating, but as with most challenging aspects of life, you adapt. Often times out of necessity more than choice. One difficult part is everything that happens outside this compound and who you would rather be spending time with. It’s like letting a balloon float away in the mountains. You can stare as long and hard as you want. You can pull out the binoculars, but eventually, you realize it’s gone and looking for it won’t help. So I learned to stay present, to “be” here. To be where I may not want to be, but am.

In Eckhart Tolle’s book “The Power of Now” he writes how he was in pure bliss sitting on a park bench for three years. Probably a slight exaggeration? Yes. Did this idea annoy me at the time I read it. Definitely. However, I now have a better idea of what he was alluding to.

Whenever I experience something here that rattles me I know what I have to do. I know what the rational response is – the Stoics assist with that. One path is smoother than the other, cleaner, crisper. When I arrived here I would become lost in my thoughts and emotions, searching for that balloon. Eventually, I grew to understand it was useless and put me in a foul mood. Now, any time spent doing that is less frequent, far shorter, and fractionally painful.

I need to trust that as long as I keep my eyes open and my mind aware, I will be able to do what I want with the future – it just can’t happen now, in this exact moment. I’m unable to have clarity for what everything will look like when I leave here, whether I wish it a certain way or fear the opposite. I have to work through what reality brings and strive to make peace with anything that comes which I cannot change.

I witness a tremendous amount of anticipation and anxiety at Yankton. Both of those emotions are about tomorrow, but like all emotions, they exist now. Anxiety: I am scared about a possible event in the future. Anticipation: I am excited about a possible event in the future. Due to the CARES Act and the First Step Act (I will write more on these soon) inmates are leaving prison earlier than they anticipated. There’s this idea that not telling your family you’re coming home in a month or two will result in a mind blowing surprise that is going to absolutely rock their world. I wholeheartedly disagree with this.

I’ve learned that no one in prison likes unsolicited advice, but in this regard, it’s tough to stay silent. First, that shows a massive lack of planning and responsibility – this isn’t a surprise party. You are coming home and people need to know when that is going to happen so they can be ready for it both emotionally and logistically. Second, it is a wildly selfish thing to do.

Look at anticipation in regards to happiness. Studies on happiness show that the idea of a purchase often brings more joy than the actual acquisition. Thinking about buying that new thing is more exciting than when you own it. Outside of the lesson that we should all be less materialistic there’s other insight. Dopamine has been called ‘the wanting drug’. Dopamine floods the brain more during moments of desire than pleasure. It is released when you experience pleasure, but even more so, when you anticipate it.

If you’ve ever been so fortunate to be part of an adventure put together by J. Waz you’ll notice two things about the plans. First, they are scheduled months in advance and second, he spends time spreading what I affectionately refer to as “propaganda” about the impending excitement. I thoroughly appreciate this part of his personality. By the time a trip comes around we’ve already had a splendid time thinking about and discussing the details. It could be July and he’s coordinating a ski trip for March. You’ll subsequently hear of minute details and updates including who else is joining, what may happen on the back-end, a nearby hot spring he found, or weather updates as the dates grows closer. He in essence has reverse engineered a timeless concept. What you think will make you happy once you attain it may not bring the joy you anticipate. You’ll be hard pressed to find a behavioral psychologist who disagrees with this statement. So why not find a little extra joy in anticipating what is actually going occur?

Again with the example on skiing. What I’ve forgotten are icy, windy days, cold chair lift rides, numb fingers and dark mornings. Along with crowded lodges, packed parking lots and long Sunday night drives home. All I can recall are bluebird days, good snow, great friends and warm cabins. We’ve all had days (not just me, right?) where we were a hot mess the night before preparing for a powder day. Rushing out the door, people hurry to the mountain to get first chair. Only to arrive and the snow is wet and heavy, it’s foggy, windy, and crowded. In that moment, and in many moments in life, the anticipation is not in line with the reality. I’m now more of the mentality that whatever the day is, it’s going to be how it’s going to be. I don’t want to rush, I don’t want to set unrealistic expectations, I just want tranquility. On a side note, none of those stressors exist in a prison gym. It’s always the same, not going anywhere, there’s no packing or driving to deal with and you make what you want out of it. I didn’t miss skiing as much as I thought I would.

Around here, inmates spend a lot time discussing what is going to happen, although we really have no idea. Inmate.com is our nickname for the rumor mill that stirs up a never ending maze of stories – both stressful and hopeful. What I’ve come to find is that no matter what I am anxious about or what I am anticipating it never happens the way I pictured – whether it’s being put into covid isolation or simply wondering what tomorrow will be like. It’s never as bad as you think and it’s always different than you thought it would be. So you stay in whatever moment you have, even if it’s one of incarceration, because whether it’s good or bad is more up to you than I’d have ever imagined.