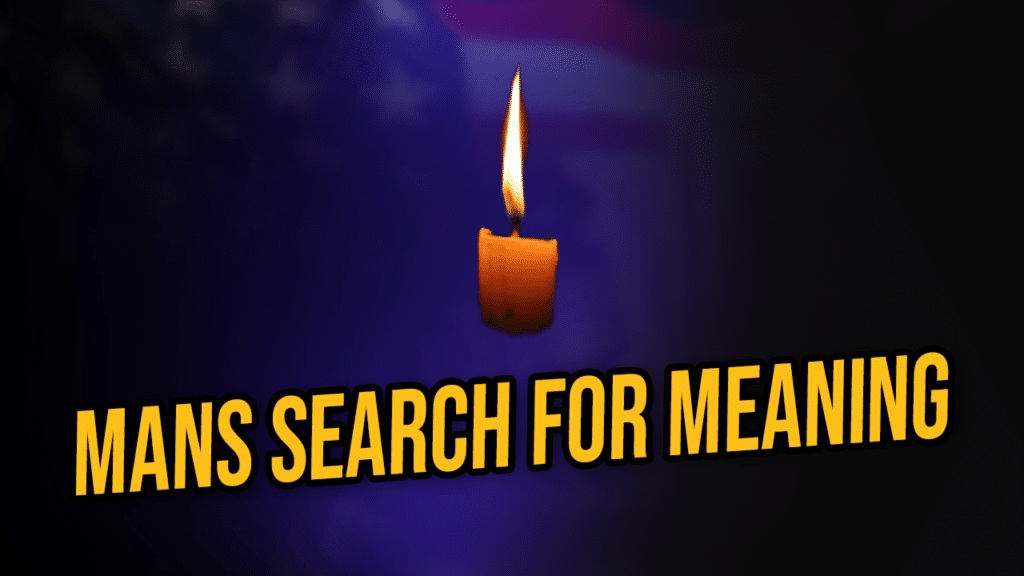 While walking the track recently I had a conversation with someone about Stoic Philosophy.  We spoke of the lessons it has taught me and how I am using it to manage my perceptions of this experience.  Based on that conversation he recommended a book for me – one that he found a lot of value in.  If I have the time (I do), why worry about my list and what I thought I was supposed to read?  I should take the opportunity to be positively influenced by those around me whom I respect.

Upon first hearing the title I thought this was a self help book.  To a degree it can be seen as such, but it is also much more.  Viktor Frankl spent three years in four different concentration camps during the Holocaust.  While he briefly describes the horrors he experienced he makes a point to mention that he instead wants to focus on the attitude and mindset he used to help others and find meaning through his suffering.  That type of attitude in a concentration camp…  There is no comparison, zero, none, whatsoever between a Federal Prison in the United States and a concentration camp.  With that being said, of the many inspirational perspectives I have taken away from his story, a large one is that the author does not choose to complain about what he experienced.  This leads into the type of therapy he later created.  In one tenant of it, he writes about how being too retrospective can hinder you.  In my interpretation that is not to say we cannot learn lessons from the past, but we need to realize when over analyzing the past holds us back.  Instead, he made it through his experience by helping others, finding meaning in his suffering, and being aware that there would hopefully be a life after this – but if there was not then all he had was the present.

“…in the final analysis it becomes clear that the sort of person the prisoner became was the result of an inner decision, and not the result of camp influences alone.  Fundamentally, therefore, any man can, even under such circumstances, decide what shall become of him – mentally and spiritually.”  That this was a chance to either make use of or forgo the opportunities of gaining the moral values that a difficult situation could instill in him.

Could you imagine getting out of a Federal Prison camp and complaining to someone, only to find out they were a survivor of the Holocaust and went through 3 years at a concentration camp with an attitude like this?

Oh hi, yes, I just ate a breakfast of oatmeal, milk, an apple and a donut.  I eat oatmeal every day, which is bland, and the apple was not fresh, but there was more food than I could finish.  I am going outside to play handball this afternoon, then I will lift weights for two hours before coming back to my unit to shower.  There are over sixty people on my range and it is constantly loud.  My room is moderately crowded as well, it is eight of us sleeping in bunk beds, but overall it is dry, safe, and warm.  Also, I miss everyone I love.  However, I get to see some of those people frequently, communicate with them on the phone, and I know they are all safe.  We are locked inside half the week due to a virus currently rampaging across the country.  I miss being outside but I am vaccinated against this virus and am healthy enough that if I contract the virus it will likely not effect me.

Meanwhile, he is getting rationed one small piece of bread and a pint of soup per day, working barefoot in the cold for 12 hours, staving off disease, sleeping on a piece of wood with 9 other people sharing 2 blankets, and is unsure if his wife, brother or parents are still alive.  He is surrounded my mental and physical abuse of unimaginable proportions and ended up there through no fault of his own.  With no idea of when, if, or how all of it may ever end – the most likely outcome being his death.

Frankl said he was compelled to not focus on the ‘trivial’ things of the experience and instead set in place plans for his future – this allowed him to rise above the situation and observe his troubles as if they were already a thing of the past.  He quotes Nietzsche’s words “He who has a why to live for can bear with almost any how.”  When he arrived to Auschwitz they took the manuscript of his first book.  He said he had to undergo and overcome the loss of his ‘mental child’.  He felt in that moment, away from his family and at a loss with his life’s work, that his life was meaningless.  He turned in his clothes and they issued him the clothing of someone recently deceased.  In the pocket he found a single page from a Hebrew prayer book, containing what he called the most important Jewish prayer, Shema Yisrael.  He realized that this was a challenge to live his thoughts instead of simply putting them on paper.  I really enjoyed this part as it directly correlates with what I have taken away from Stoic Philosophy – it is all for not until you start practicing it, until you reap the benefits of living what you have learned and what you preach.

I feel shameful drawing inspiration from someone who went through what he did to gain this mindset and share his wisdom.  At the same time, this is what he wanted, to share his message and help other people – both during his experience and for his life after.

Out of this he developed his own therapeutic method, Logo therapy.  Logos is the Greek word for meaning.  There is an idea that mental health is based on tension between what you have already achieved and what you have to accomplish.  This is not about being solely future oriented: i.e.: I will be happy when x occurs.  More so always being cognizant of the potential within yourself that has yet to be realized.  There are many answers to “what is the meaning of life”, because that depends on each individual person at any given point in their life.  However, the overall concept involves work and contribution, caring for and loving others, and finding meaning in suffering.  You need to chart your own course for what each of those looks like in your life.  In terms of his time at the camp, he asked himself how he could turn his tragedy into a triumph, his predicament into a human achievement.

This book brought me a lot of tranquility.  It humbled me and made me feel more calm and empowered about my situation.  I would love to go home – tomorrow if possible, but I can’t, not right now.  So I need to draw inspiration from people like this – learn their lessons, live their wisdom, and use these insights to make sure I come home mentally and spiritually better.  That’s the way I can pay homage to them, to help them find meaning in their suffering.