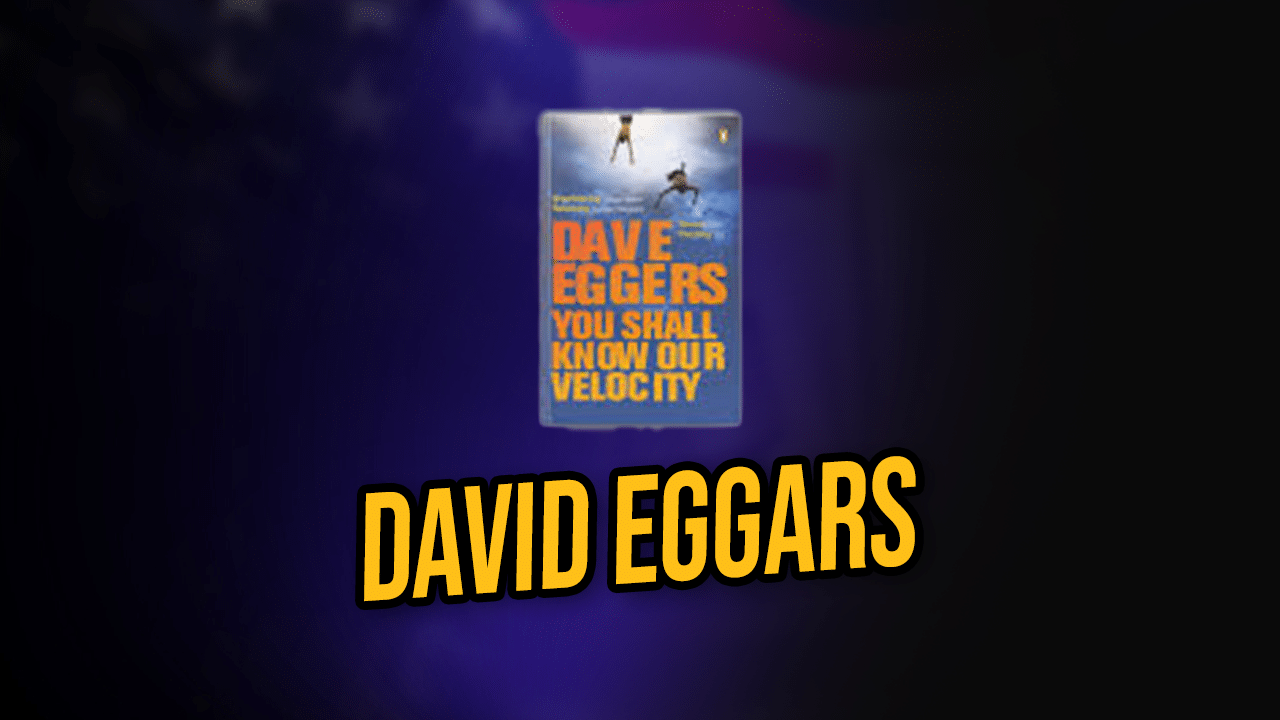 Book Report: You Shall Know our Velocity

You Shall Know Our Velocity

I had heard of the authors previous book, A Heartbreaking Work of Staggering Genius, and enjoyed it many years ago, but this one was new to me.  It showed up during mail call one day and there has been no accompanying letter or information from the sender.  It’s been an interesting game of reading the book and pondering who was behind this gift.

To jump on it right out of the gate, I found the author’s writing to be disjointed and the plot to not flow well.  However, I feel that is inherent in his style, and to a degree, I can appreciate how unique it is.  I also did not enjoy the main characters, their plights, or their attitudes as much of their downfall was self-imposed due to their reaction to situations.  Gah! Is there a life lesson there?!  For those of you who have read it, you’ll understand what I mean when I say that it is a stark reminder of the hassles of travel, and the challenges of the deeper musings of life when you’re in a bad mood and can’t get out of your own head.  Yes, there are all the surprises that make travel such a surreal experience, but there are also the headaches and setbacks.  They’re the one’s that make you think it would have been a great idea to relax at home instead.  For most of the book, the main characters have a hellacious time getting everywhere, spend a lot of their journey getting from point A to point B (not traveling in the classical sense of the word) and are an awkward mess when they arrive to any destination.

There is one passage that really spoke to me and I share it below.  I think it highlights the skill of Egger’s writing style – he takes it down a rabbit hole with such a simple and enjoyable idea, walking or skipping from rock to rock.  This exact activity is something I can relate to, and I think most people who hike will understand where I am coming from.  There is a type of zen which occurs when hopping or slightly jogging from rock to rock, whether it is a scree field at the base of a mountain, or smooth rocks along a dried river bed.  Scrambling (hiking on rocks) shows you how quickly your mind and body can communicate, and how free your mind is when it is so focused that you don’t have the time or capacity for mental chatter.  This is what I feel many people find in the activities they enjoy so much, whether or not they are cognizant of it is not of importance.  Simply that they can occupy that mental space and enjoy the reprieve.

“The path was now dotted with large flat rocks, like overturned dinner plates, and we were jumping from rock to rock, and doing so at a speed that I should have found alarming but somehow didn’t, and we were barefoot, which might have increased the alarm but instead made it easier, because the rocks were smooth, and cool, and my bare feet would land on the rock and kind of wrap around it, simian-like, in a way that a shoe or sneaker or sandal couldn’t.  I swear my toes were grabbing for me, and that my skin was attaching to the rock surface in a way that only meant collusion between natural things – in this case, feet and smooth green-grey rocks. There was no time to think, which was plenty of time – I had a few fractions of a second in mid-air, between rocks, to calculate the location of the next rock landing options, the stability of each, the flattest surface among them.  My brain and legs and feet all working at top speed, at the height of their respective games – it was thirlling and I was proud for them, for us.  I had the thought, while running, without breaking stride, that I would like to be doing this forever, that thought occuring while I almost landed on a very sharp rock but adjusted quickly enough to avoid in favor of a nearby and more rounded rock, and while I was congratulating myself on having made such a perfect rock landing choice, I was also rethinking my thought about jumping on rocks forever, because that would probably not be all that fun after a while, involving as it did a certain amount of stress, probably too much – and then, I thought, how odd it was to be thinking about running forever along the rounded gray rocks of this corner of Senegal – this Popenguine? Mbour? – while I was in fact running along them, and how strange it was that not only could I be calculating the placement of my feet in midrun, but also be thinking of my future as a career or eternal rock-runner, and noting the thinking about that at the same time.  Then the rocks ended and the sand began and I jumped into the sand with a shhhht and my feet were thankful and I stood, watching the water and waiting…

How beautiful. I love this.  Read it again!  This passage is worth appreciating, especially once you know what you are in for.  Isn’t that what we’re all looking for in nature – collusion between natural things.  Between us and our surroundings, between us and the people we are out there with, and to occupy that flow state while doing so.

All in all, I can’t recommend this book, but I will say that I took something away from reading it.