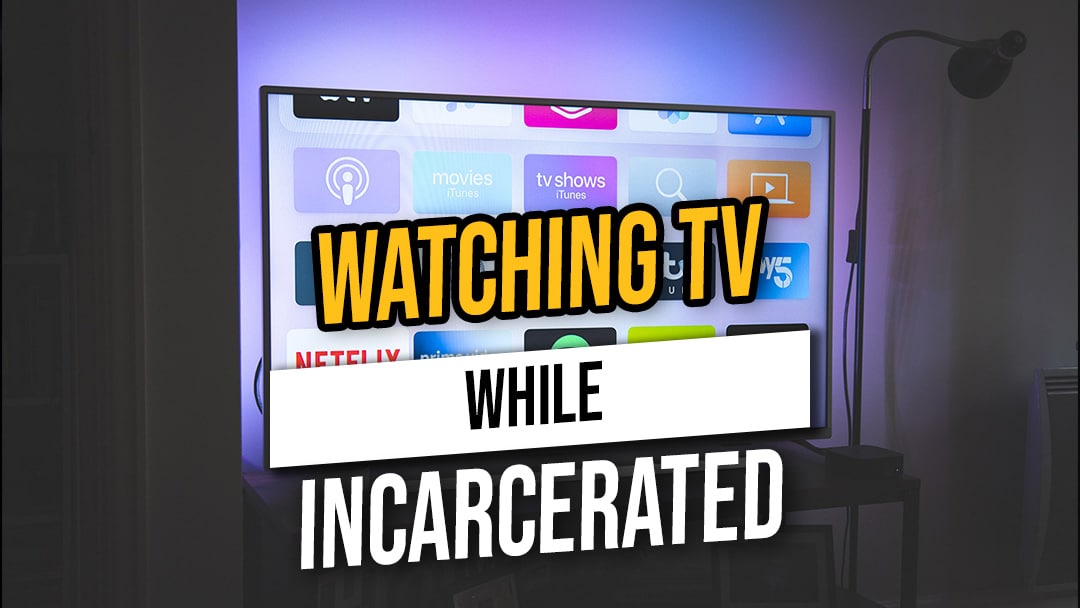 How to Enjoy TV While Incarcerated

First things first, the best show to watch is whatever is already on. You not only have to earn the right to change the channel, but even with that, there are specific TV’s in which one with such a right would exercise it. Each race has control of at least one TV, after which there are several open TV’s that are shared. An entire hierarchy and system is in place wherein timeslots on those open TV’s are split among varying groups, designating who has the primary power to change the channel at any given time. As with most inmate rules, it is written down nowhere and exists solely in the collective consciousness of everyone who watches the most television and is subsequently part of that realm.

Second, “they” say that you should avoid the prison TV room, it’s where the drama is. Well, they say a lot of things and this is partly true and partly false. Yes, it’s a fine place for an incident to occur as the unsolicited changing of a channel is definitely considered by many to be a triggering event. However, I don’t think it’s a place that should be entirely avoided.

The TV room here is in the basement and has 7 TV’s mounted on a wall that is roughly 65 feet long. The area includes around 120 plastic chairs – no sofas, coffee tables, ottomans or lamps included. Each TV has an FM radio station you tune into so you are able to hear the audio. You think this would make the TV room quiet, right? There is no noise coming out of each television, only the faint sound from everyone’s headphones. However, as with most places in prison, the TV room is no exception – it can be extremely loud. Inmates do an exceptional job making noise in all places at all hours. It’s the same group of people in the same place every day but we all never seem to run out of things to talk about. Don’t go down there planning on silence. Furthermore, there’s an elliptical machine, exercise bike and treadmill in one corner. Exercising is of course allowed at all hours so you may find yourself enjoying your favorite while someone is profusely sweating fifteen feet away from you.

If there is a funny or gruesome scene in a show, everyone reacts simultaneously. This aspect of watching television makes it quite different from being at home, where the vibe is far more tranquil and you can watch whatever you feel like. Since the shared experience, lack of choice, and general scene is so ingrained in the viewing experience, here is my list of the best TV shows to watch in these otherwise trying times.

Discovery Channel’s Gold Rush – It’s the same show every single episode. We’re digging for gold, something breaks, we miraculously fix what broke, drama between cast members ensues, gold is weighed, show is over. However, when Gold Rush comes on, that part of the TV room is packed and everyone is into it. There’s also an inordinate number of people here who claim to be skilled at driving heavy equipment so that definitely plays a factor as well.

Breaking Bad – Hands down the best way to watch Breaking Bad is with methamphetamine transporters, dealers, and cooks. Apparently, the show is exceptionally realistic and well researched. I receive frequent confirmation of the correctness of various scenes. Although I’ve been told that Walt over complicates his recipe. Recently, the episode on was the one in which Jessie, and later Walt, meet Tuco. Tuco is over the top and basically completely insane, but according to a few guys here, he’s exactly who you’re likely to deal with if you’re looking for a mid-level distributor who will be buying one to two pounds of methamphetamine per week. Some people weren’t impressed with that volume as they would supply guys like Tuco and preferred to deal in kilos, not pounds. The thought I can’t get out of my head during the show is conspiracy. I used to think that all these characters had to do was not get caught (were this not a fiction show). Now I know, if the police are on to them and at least one person is willing to claim that a given character sold them drugs, they’re hit – game over. In the real world, Jesse and Walt wouldn’t have made it 5 seasons, let alone 5 episodes.

Love After Lockup – The show is full of chaos and if you ever find yourself incarcerated you MUST watch this absolute fan favorite. Nothing says “it’s Friday night in prison” like Love After Lockup. An inmate meets a prospective partner through a pen pal system and they get to know one another via letters, phone calls, emails, and video chat. Eventually, they fall madly in love, one of them inevitably gets the other’s name tattooed on their body in no less than three places, and within an hour after the incarcerated person is free maximum relationship drama begins. Overall, it’s a discouraging show and I don’t particularly enjoy that aspect of it, but people here go nuts for it.

HGTV’s Flip or Flop – It doesn’t matter what you’re here for or where you came from. No matter how hard of a dude you are, everybody likes the idea of a fresh place to live. So what better way to start your Sunday morning than watching home renovation shows and discussing backsplash tile and flooring choices with guys who have more tattoos than I have months served.

VH1’s Wild ‘N Out – This always turns out a good sized crowd and gets the loudest reactions of any show. It noticeably changes the vibe in the room. Wild ‘N Out is hip-hop meets sketch comedy meets improv. Two teams of rappers and artists play musical/improv games and absolutely slay it. They’re all phenomenal, we all love it, and if any show has people dancing in their seats it’s this one. I will definitely still watch this once I’m back home.

Any Football or Basketball Game – If you know me you know I spend little to no time watching or caring about professional sports. However, the enthusiasm and mayhem that ensues when there’s a good game on is unparalleled and makes most sports bars appear comparatively tame. A TV at the far end of the room is dedicated to sports and to this day I have yet to see any other type of programming on it. When the Kansas City Chiefs played the Buffalo Bills this year and the Chiefs came back to send it into overtime in the final minutes, then win shortly after that, I thought the TV room was going to self-destruct. That the cement walls would literally crumble upon themselves.

Yellowstone – I’ve mentioned this series before but it warrants writing on again. Yellowstone brought racial unity to the basement. Black, White, Hispanic, Native, Asian, Pacific Islanders…all TV’s were tuned in and even if just for a few seconds, there was silence in the TV room which is scientifically confirmed to be almost as rare as President Biden following through on his campaign commitments to criminal justice reform.

One day soon enough I’ll be able to watch whatever I want but part of me can already admit, not being able to choose what I want to watch is a worthy trade-off for the experience of watching TV here.