If This Is A Man – by Primo Levi 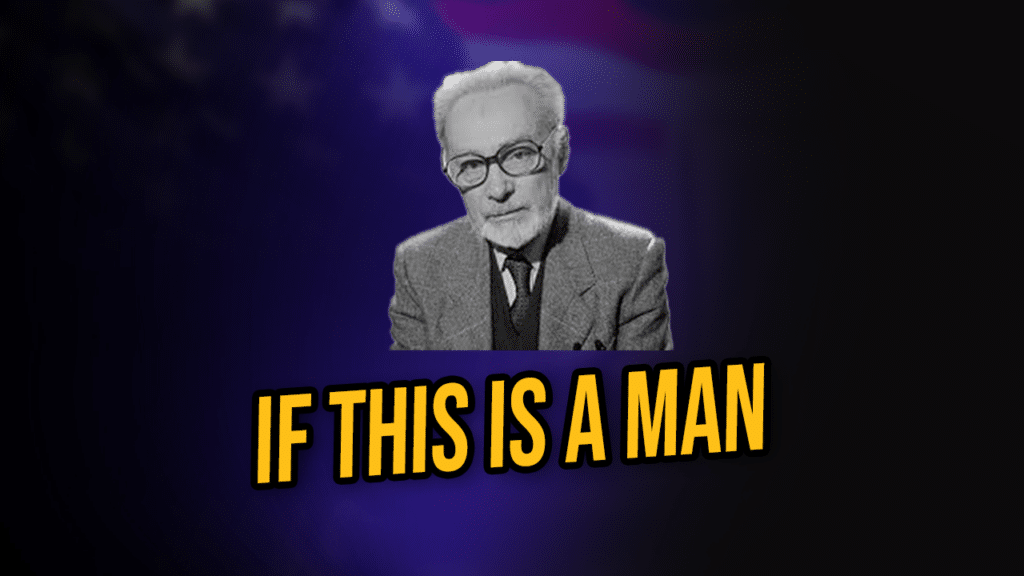 The first book I read on the Holocaust was about the psychological component of suffering and how the author made it through several years in multiple concentration camps.  This story focuses on the nuanced aspects of daily life in a another mans journey through what was an unimaginable time in history.  Someone recently told me that one death is a tragedy and many deaths are a statistic.  It is sickening to realize how many people died in the Holocaust – that humans were able to do that to other humans and what we’re left with is a number in the millions, but less so the stories of the individuals.

The SS did not roam the countryside always murdering on the spot.  They tore families apart, shipped them off to concentration camps and forced prisoners to work in horrid conditions while they were malnourished and waiting for their imminent death.  If you want to talk about a book that will humble your experience of Federal Prison and smack you in the face, this is it.  It was impossible to complain about anything while I was reading this and it’s having a lasting effect on me.  The cold, the food, the unit we live in, the time away from family, the lack of freedom – what we experience here absolutely pales in comparison to what millions went through.  Any of them would gladly have traded places with me, and many more across the world today who are incarcerated in other countries or imprisoned against their will would do the same.

I want to compare using the bathroom here at night to what Primo Levi dealt with.  I climb down my bunk, in the dark, on a metal ladder then proceed into the blinding bright lights of the hallway and use the bathroom while an industrial exhaust fan blares at all hours.  If I want to shower, the bottom rail of the showers are lined with mold, but for the most part, they are clean enough and I can use them when I wish.  Often my bunkie snores, which for the first couple of months resulted in consistently sleepless nights, but he now has a cpap and things have improved.

According to Levi, they slept two to a bed, if you call a piece of plywood a bed.  Head to toe so they would fit.  Due to theft, they had to sleep with all of their very few possessions or risk them being stolen.  This includes shoes, which had to be wrapped in tattered clothes and used as a pillow.  Large pails were used as make shift bathrooms.  Whenever the pail would begin to overflow the last person to use it would have to remove it from the Lager they all slept in and walk outside to empty the contents.  Everyone had open sores on their feet from the grueling work, and of course, the contents of the bucket would splash out onto those sores, frequently resulting in infections.  This person now comes back to your shared “bed” and since you sleep head to toe, their feet are directly in your face.  You wake up to be fed a small ration of bread before you work outdoors in the freezing cold from sun up to sun down with almost no protection from the cold.  All while knowing most of your family has been killed and your time is likely around the corner.

My worst day in here is better than any day they had.

Below are two passages that have been sticking with me.  No one is excited about a South Dakota winter other than it signifies the passing of time, something of which we are all interested in.  However dreadful winters may be, at least it means time is moving forward.  Inmates here frequently talk about the calendar.  As of tonight, December 20th, come tomorrow we will only have 10 days left in the year.  Notice no one says there are eleven days left, even though there are.  They reword it in a more optimistic way, sometimes unknowingly.  Come tomorrow there are ten days left.  It’s minor but there is a difference and I see this occur almost every time there is a discussion on time.

“Hours, days, months spilled out sluggishly from the future into the past, always too slowly, a valueless and superfluous material, of which we sought to rid ourselves as soon as possible.”

Is there a more eloquent way to write about the desired passing of them?  Yet to do so, to write and think like that in those circumstances leaves me in awe.  Can I complain about time moving slowly when I know there’s light at the end of this tunnel?  I think about what the experience would be like if I knew it would likely end with my death, rather than coming back to friends and family in Boise.

“We fought with all our strength to prevent the arrival of winter.  We know what it means because we were here last winter; and the others will soon learn.  It means that in the course of these months, from October until April, seven out of ten of us will die.  Whoever does not die will suffer minute by minute, all day, every day: from the morning before dawn until the distribution of the evening soup we will have to keep our muscles continually tensed, dance from foot to foot, beat our arms under our shoulders against the cold.  Wounds will open on everyone’s hands, and to be given a bandage will mean waiting every evening for hours on one’s feet in the snow and wind.”

I have my four dollar fleece scarf, my government issued gloves and a jacket that is thoroughly used, at least ten years old and three sizes too large.  I am grateful for them, however, because of the people throughout history who would have given anything for what I could easily take for granted.

When I read about this book the person reviewing it said it taught them “everything.”  At the time, I thought that was a dramatic claim but I see it now.  Life is all about perspective.  We can want more, or want what we have.  It’s hard to want what you have when your ‘have’ is being in prison but with perspective, if this is what incarceration looks like I’m doing my best to not complain about how it is because comparatively it has been worse for so many others throughout the history of this world.