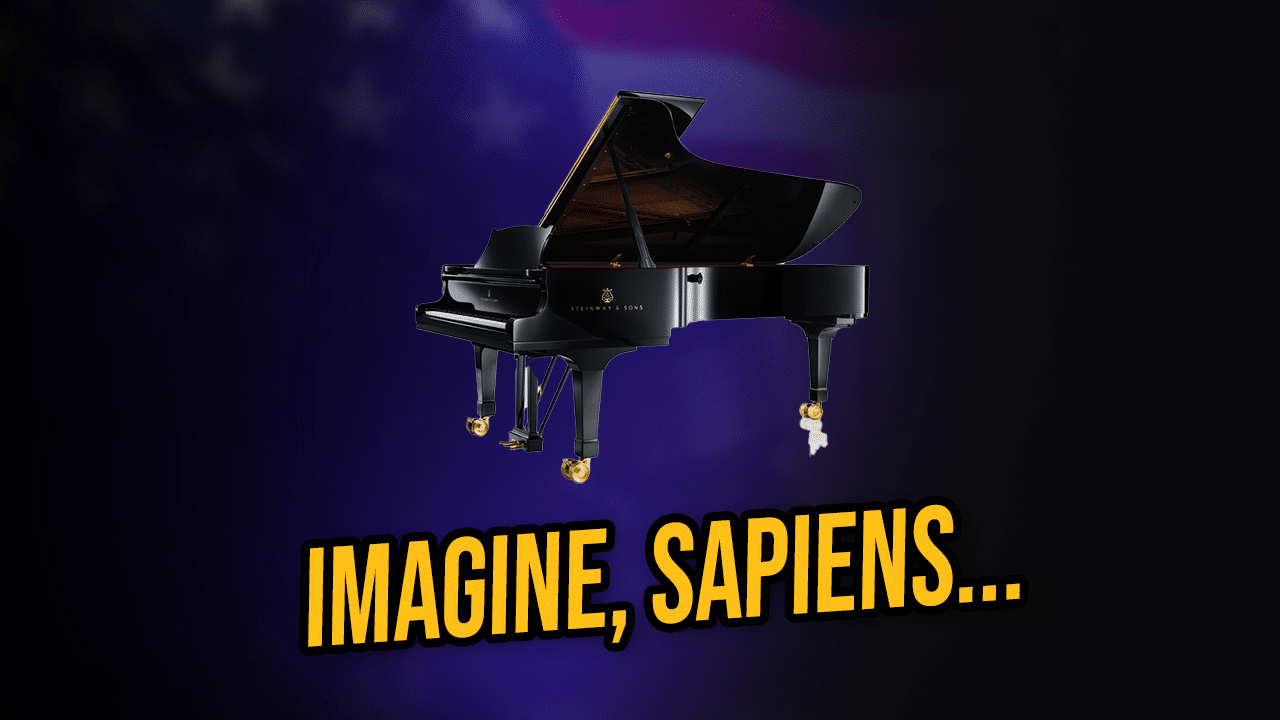 Tuesday morning started in a way I never could have planned for.

First, I recently finished Sapiens – A Brief History of Humankind.  The final chapters of the book, the culmination of everything Harari writes, comes together in an absolutely soul stirring way.  Through his insights on hunter/gatherer societies, to the agricultural, cognitive and scientific revolutions, and eventually a look what actually makes people happy, the book is an emotional journey.  Maybe it was that I slept really well the previous night.  Maybe it was the tranquil hours of reading in the evening or the joy that came from such a profoundly woven tale, but I woke up refreshed and inspired.  I also had purchased an Mp3 player the day before and was listening to my first song on my Tuesday morning walk to work call.

Second, The Mp3 player is $90, so that is half of my bi-weekly allotment at commissary.  I waited so long to get one as there were other things I felt I needed first.  However, South Dakota radio stations weren’t doing it for me and I decided it was due time to have the music I like back in my life.  Hearing that first song, a song I chose to play, it was so good it almost made me tear up.  MUSIC <3  <— (that’s what you have to do when you don’t have access to emojis).

Third, there is a professional musician from Las Vegas here at Yankton.  I recently started learning the piano and have made it through the first of many lessons with him.  I’m figuring out my way around a keyboard and taking in music theory, chord formations and progressions as well as playing by ear.  He was playing John Lennon’s Imagine the other day and it sounds gorgeous on a piano.  I asked him to teach me the song and although I am working my way through it, it is a grind.  The ends possibly don’t justify the means, but I certainly enjoy the means.  I do not have a piano at home, I do not know when I will be able to play this song after I leave here, but for now, I really find joy in practicing it every day.

If you’ve read Sapiens, you may see where this is going.  If you haven’t read Sapiens, I truly recommend it.  However, it is not a book to pick up here and there.  Relegate it to times when you can give your full attention.  Finish at least a chapter each time before you put it down, but the more the better.  There is too much thought provoking history, sociology and psychology to read as you’re drifting off the sleep – it warrants your best mind.

The culmination:  Reading this book then listening to that song on a crisp fall morning.  Harari writes about money, imperialism, religion and the impact all three have in the creation of societies, cooperation among strangers and the peril of continuing progress.  Progress that lets us have an immense number of comforts and conveniences but not necessarily be the most happy generation of homo sapiens.

Imagine was the first song I listened to on my Mp3 player.  I listened to it on a beautiful fall morning the day after I finished Sapiens.  Imagine really relates to the essence of the points Harari is trying to get across.  Lennon sings about being present, a world with no countries, no religion, nothing to kill or die for, living in peace and having no possessions.

Being present – if that hasn’t shown up enough in my world I don’t know what has.  You cannot change the past, it is pointless to fear the future, all we have is the moment we’re living in now.  In Sapiens a common theme is the constant forward push, the progression of society, which keeps putting us in positions where we are maybe worse off (modern medicine and vaccines aside) than we were before.

A world with no countries – imperialism, slavery and everything evil that came from ancient empires expanding their borders at no cost and with no recognition or care for equality in human lives.

Nothing to kill or die for – throughout history millions upon millions of people have died in senseless wars.  In regards to religion, people of the same religion, throughout history, have killed each other to defend moderately different interpretations of the very religions they both belong too.  Furthermore, there were at one time three other species of humans, but homo sapiens eventually killed them off…considering all the racial, religious, and political separation in the world today could you imagine how humanity would handle it if we had to coexist with an altogether different species of humans?

Having no possessions – our brains and minds are still adapted to a life of hunting and gathering as evolution hasn’t quite caught up.  What did those community based, nomadic humans not have a lot of?  Possessions.  My favorite quote from a timeless classic, Fight Club: “The things you own end up owning you.”  Foragers had no private property, everything was shared.  There’s even evidence to support that the entire community raised each others children.  While we can’t go back and talk with these ancestors, there is a lot of evidence to support the idea that they lived very happy lives.  They also moved according to the seasons, migrations of animals and growth cycle of plants.  Say goodbye to cold, dark winters.

The way it all came together – an impactful book, a timeless song, and a sunrise on a brisk morning after three months of no music…I all of a sudden felt like I was floating a foot off the ground and hovering to work.  That book, song, and walk is going to have so much meaning to me for the rest of my life.  I was thinking it would have been nice to experience such a surreal moment not in prison.  Then I quickly realized how lucky I was to be able to do exactly that in the midst of it all.