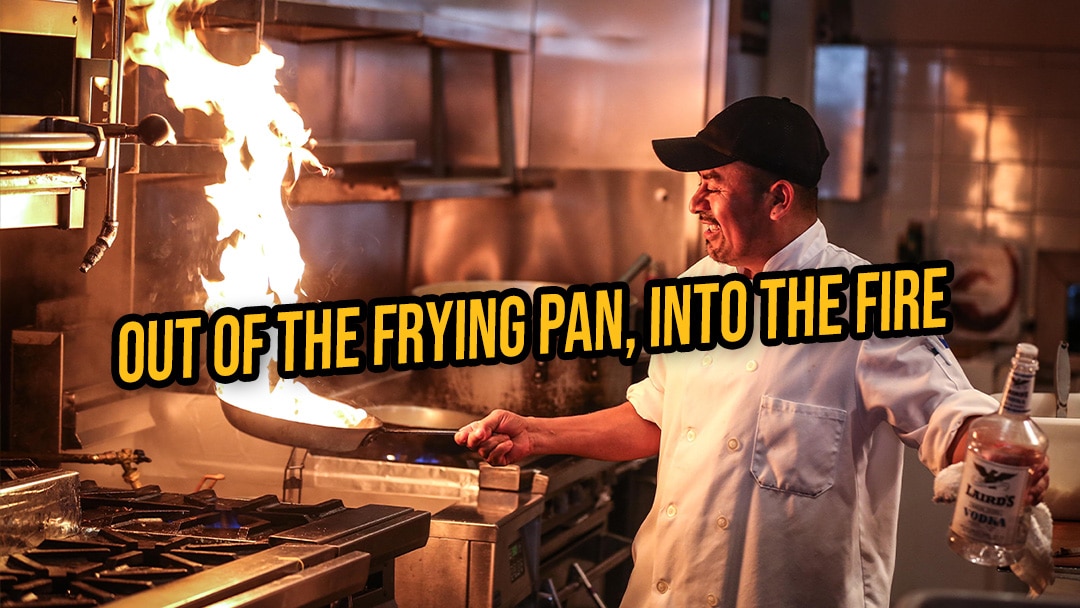 Out of the Frying Pan, Into the Fire

My last post was a mix of optimism and the Zen that accompanies the acceptance of being in prison aided by a fast-approaching release date.

I found myself having a profound appreciation for the parts of the experience I actually enjoyed. When you’re going to be locked away somewhere for over a year, you’d be well served to have gratitude for as many aspects of the journey as possible.

I vividly remember walking off the compound when I was released. I passed by many other inmates, and they wished me well. I had seen this occur many times before, but I was on the other side of the farewells in this instance.

My parents were waiting outside, and the memory of seeing their faces, hugging them in the street, still doesn’t feel real. After a teary-eyed embrace, we drove off towards the airport with a mix of relief, joy, and amazement at what we’d all endured over the last twenty-two months from conviction to release.

My flight back to Boise was delayed, and my father, mother, and I were thrilled at the prospect of the additional time we could spend together. For the first time in my life, I celebrated a later than anticipated departure.

We had a layover at the Denver airport and a steak dinner that I shared with my father. It was bittersweet, as the good times ended quickly. Landing in Boise and driving into town, taking in the landscapes I hadn’t seen in the last fourteen months, was eerie enough. I arrived at the halfway house and was immediately thrown back into reality.

It made the prison in Yankton seem like a paradise. The surroundings were reminiscent of a humane society, yet the staff was more indifferent towards us than people are towards sheltered animals. Although, that is to be expected.

I was given bedding and shown to a bunk in a cold sleeping room. The facility was holding forty guys, all in one room. The dimly lit Exit signs cast a green glow and creepy shadows, while the snoring of so many people, combined with the shock of my new surroundings, resulted in the worst night of sleep since this began. I couldn’t stop thinking, “take me back to prison,” and “why do I want to return to the place I so recently wanted to leave?”

My writing isn’t the place to lament the more discouraging aspects of this experience, so I’m going to refrain from complaining and only state that, Much like being in prison, you have to advocate for yourself because the system is not designed to help you. As an inmate, you must exercise humility, patience, and respect for staff while being treated with none of those virtues.

I was told the next morning that the halfway house had a policy wherein all new arrivals are placed on a ten-day freeze – no leaving the facility. I spent three weeks in the aptly

named Port of Hope before the paperwork cleared to transfer me to home confinement. During that time, someone overdosed on heroin in the bathroom, a guy who was high on bath salts escaped, and I was in awe at the level of gratitude I had for a refrigerator that the staff occasionally stocked with eggs.

My time in the halfway house offered me a chance to practice everything I learned in prison, but in a new environment. The limbo of being free, while most definitely not being so, made for a challenging transition. Like most difficult parts of life, you look back and recall it being more manageable than it felt at the time.

I thought a lot about my friends at Yankton. Guys who wouldn’t be free until the end of this decade. Guys who would trade anything to switch places with me and wouldn’t complain about a thing. Those thoughts helped me move forward and think rationally.

More than anything, when I look back on my time in South Dakota, I remember the people. Less than anything, I recall the despair and frustration of having other humans control so much of my day-to-day life.

I reflect on the multiple times in quarantine or isolation for Covid—a virus we had no chance of escaping. In those moments, I went through a range of emotions. Most of them are not pleasurable. Now, I am somehow able to laugh about it. At times I find myself being frustrated at that, and other times being proud. Most of all, though, it comes back to the people.

The guys I was quarantined with. The guys I lived with, ate with, worked out with, and commiserated with. Before showing up at a federal prison, one of my biggest concerns (and there were plenty) was that I would arrive and not like anyone. I wouldn’t be alone, but I would be lonely in a hectic, human-filled environment.

The ironic part is that the people you serve time with are what make it manageable. You won’t know any of them before you show up. It takes time to form those relationships.

But through the camaraderie that sprouts out of incarceration, you begin to know people deeply. You have hard days and then good ones. You learn how to make cheesecake in dirty mop buckets, how to trade packets of mackerel for used shoes, and how to serve time.

I’m not an expert by any means. I served only slightly more than a year. However, the people I was with made it doable, and it was an honor to learn from them in many ways. I learned from all of them. If you can’t take in and accept wisdom from people who have spent more than a decade in prison, you can’t learn from anyone.

The lessons I learned weren’t only how to carry myself in federal prison (and there was much to take in regarding that) but how to deal with stress, be still, interact, and grow in the midst of it all.

I can’t remember all the bad moments because those memories are blocked off by all the good people.

For anyone showing up to federal prison, you must have faith in yourself. Not that you can “get through it,” but that you’ll work to improve every day. As it becomes better, your mindset improves, you work towards your freedom, and you learn to live with a healthy level of presence which is ironic because those are the keys to a happy life, no matter where you are in your own journey.