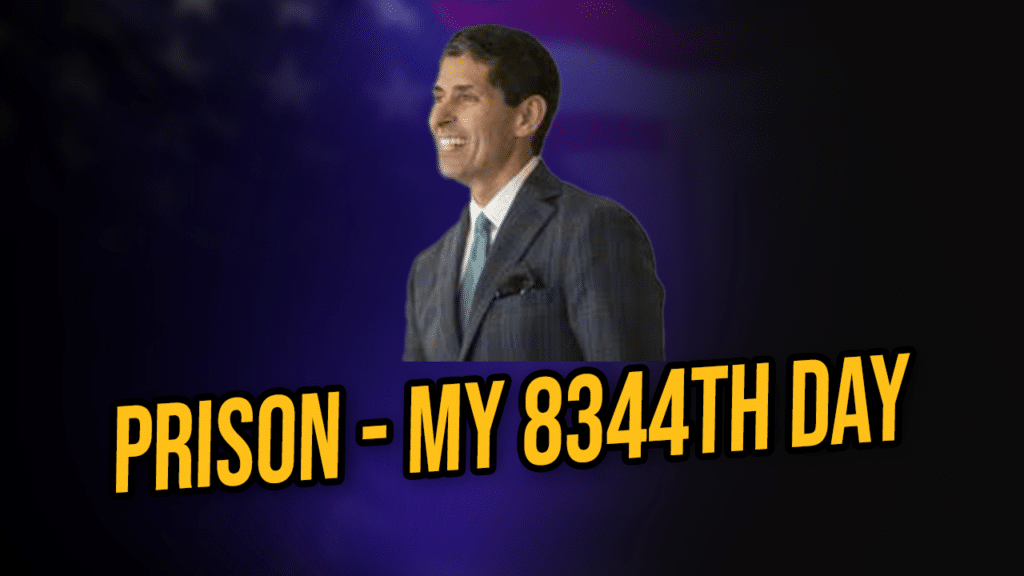 I chose this book because I’ve become a fan of not only the author’s work, but his inspiring attitude towards challenging times.  Just look at the title – he had already spent over 8,000 days in prison, and was still meticulously documenting his efforts to learn, grow, and prepare for the future.  He did the exact opposite of throwing in the towel.  Reading about his journey helps me stay positive and provides a healthy perspective on mine.

Finding solitude and tranquility in prison is a challenge.  I have found it literally; by going out to rec early in the morning, working in horticulture, or studying in the law library.  I have also found it figuratively; when I read books in the study hall and everyone in there is yelling and talking I choose to not be bothered by the noise.  Mr. Santos, however, found it by starting his morning at 1:00 am every day so as to have several hours of peace before everyone else arose.

In this book he details one day of his 9,500 day prison experience – what he does with his time, how he prepares for success, re-entry, his marriage, and his career.  He also writes about the idea of helping people to understand the prison system and various aspects of a federal indictment.  This is something that would have been immensely valuable to me earlier on in this journey as his wisdom would have likely affected my decision making.

A large takeaway for me is that you have to be disciplined to overcome adversity.  Every choice the author made while incarcerated was part of a deliberate plan to prepare for his eventual release.  Every step he takes on any day relates to his vision of the life he wants to lead in the future.  Almost everyone here wants out of prison, but how many prisoners are preparing for that day?

At 5:59 am on this given day, he heads outside to run.  He has already been up working for four and a half hours.  Early mornings in the summer, especially the 100 degree Boise summers, are always really serene.  For years I’ve told myself that I would get up at 5am to spend time in the foothills before the heat of the day sets in.  I would make it out that early, but only two to three times each season. That’s something I am going to act on when I am back home.  Those mornings are too good to pass up on.

I cannot go outside and walk our track whenever I please because this compound operates on controlled movements.  I am allowed to only go out on specific days and at a specific times.  As I’ve mentioned before, I try to not let this bother me as I have no choice in the matter other than how I respond to that which is out of my control.  Michael talks about this as well when writing of picking up over the counter allergy medicine from pill line and needing to be searched on the way out of medical to make sure he took the medicine.  He writes about the indignities that go along with being a prisoner: “They matter no more to me than rain matters to a fish.”  Surrendering isn’t giving up, it is winning.

The author’s attitude and effort is something I will be keeping on the front of my mind moving forward.  Not just for my time here, but for when I am released.  His drive, compassion, and commitment have allowed him to achieve more than anyone would have expected or hoped for.  There’s no excuse I cannot do the same.