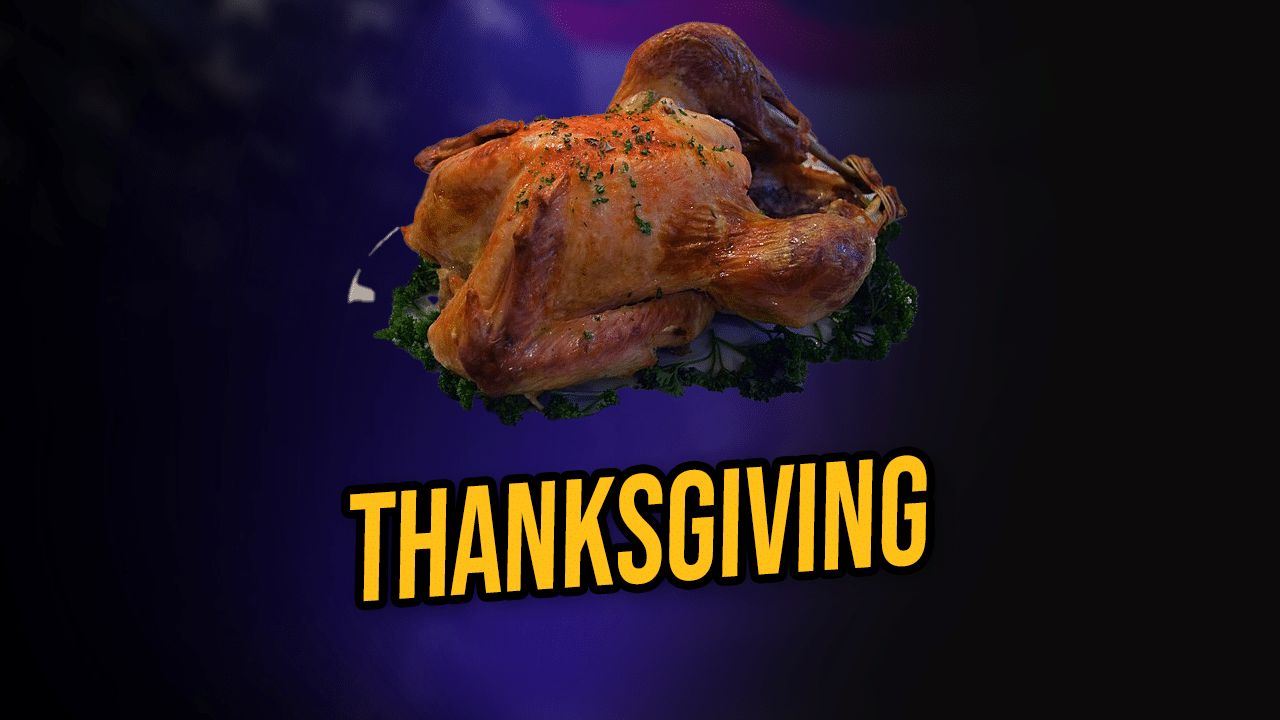 Thanksgiving Day was one for the books.  Not very festive, as you would expect, but in all reality not that bad.

I woke up early, as I do every day.  After breakfast, I had the music room to myself from 7-8 am and played chess in the study hall after that.  I was still sore from Tuesday’s workout, so I foam rolled in the basement while several of the other early risers watched a James Bond movie until 10 o’clock count.  After that, I cleaned up my locker, showered, and read until mainline was called at 11:15.  Our Thanksgiving meal was delicious.  A small quarter of a Cornish game hen, turkey, green bean casserole, stuffing, mashed potatoes & gravy finished off with a square of pumpkin pie.  It was by far the best meal I’ve had here, and everyone was in high spirits.

People tease/harass each other in prison.  Most often, you don’t even know where it starts or how these conversations go down rabbit holes, but they do, and you end up in random dialogues.  Point in case someone challenged me to a 200m race, claiming he was faster than me.  Seriously, how did we even get on that topic?  I know I didn’t bring it up and didn’t care, but this guy was on one about it.  “Sorry, Laney, but I’m pretty sure I’d smoke you in a race, bud.”  Mild banter ensued, mostly flowing in one direction due to my indifference regarding the situation.

He decided we could race on Thanksgiving Day.  Okay, whatever, I will entertain this ridiculous idea…I feel like an outdoor sporting event is in line with a Holiday tradition.  Eventually, we head outside and have a guy at the starting line, one at the finish, and two around the first bend.  Can’t believe I agreed to this, but I did foam roll for over an hour that morning so I was feeling limber.  He wants the inside lane.  I discuss how that is a large advantage since our 200m race includes 2 bends in the track.  This falls on deaf ears amidst white-collar jokes (all in jest, though) and I avoid taking it further as facts and logic will not have any sway.  Fine, so be it.  After a false start, we reset for try number two.   Long story short, I dusted him off the starting line and was gone after that.  He gave up halfway through the race and, to my surprise, conceded his loss with candor.  There was a fair bit of hype regarding the Thanksgiving Day sprint.

I headed back to the unit to digest and read until I fell asleep for a long afternoon nap.  Woke up right at 4 o’clock count and headed to the gym at 4:30 for more working out than I was in the mood for, but I guess that’s the benefit of the ‘car’…you are held accountable to show up and put in the effort.  2 hours later we finish our chest/triceps workout and play 40 minutes of handball until the controlled move back to the unit is called.

We were given roast beef sandwiches for dinner; however, they were handed out at lunch.  We took the roast beef and made burritos with provolone cheese, rice, beans, and salsa for a post-workout meal.  After this, I was ready for a shower and reading in bed until 10 pm count at which point I was out cold.

The days are beginning to go by faster.  I don’t have as much stress or angst about whether I can go outside or not as well as any of the restrictions imposed on us.  If I can go to rec, great, that’s fine.  If not, that’s fine too.  Still, plenty of good books to read and time to slow the pace, play chess or write.  The Holiday’s here aren’t as creepy or sad as many would expect.  We’re all in it together, and most of these guys have done it before.  It’s all in your mind, however you want the day to go…or any day.