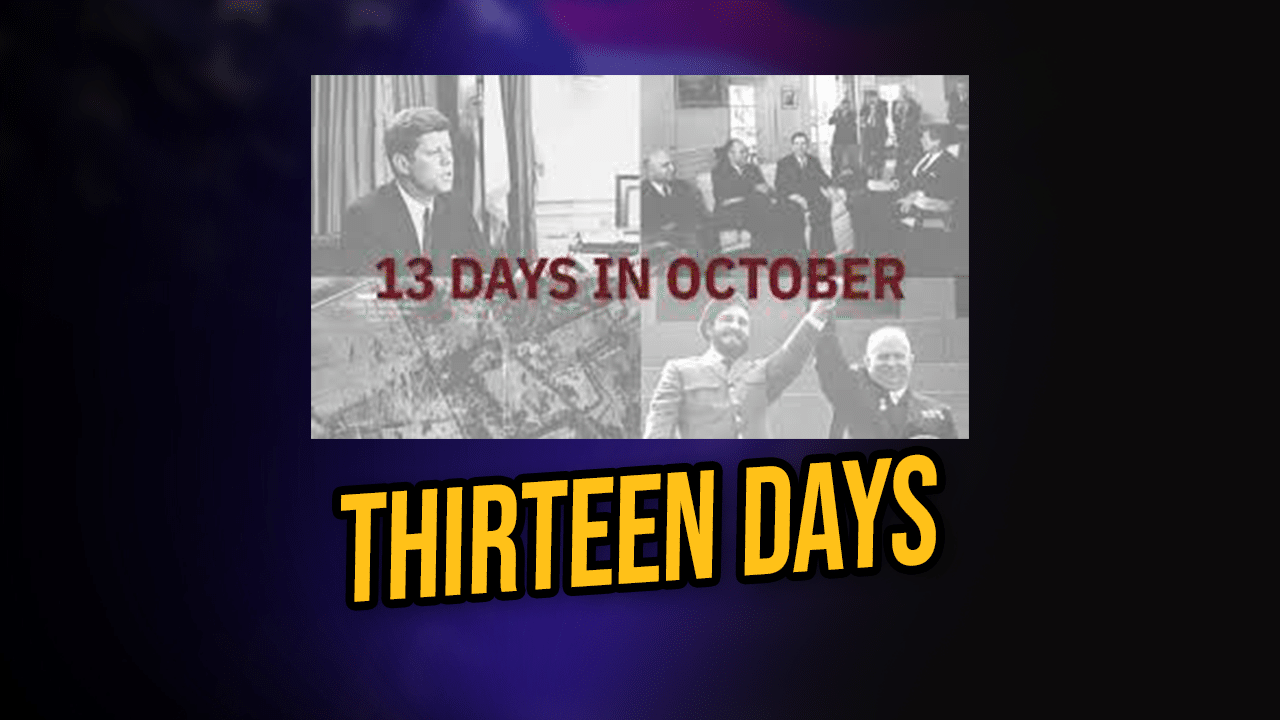 Thirteen Days: A Memoir of the Cuban Missile Crisis

Thirteen Days: A Memoir of the Cuban Missile Crisis
by Robert F. Kennedy

This is one of those books I didn’t picture myself reading but then it finds you and you’re engrossed. As a society we are constantly bombarded with news and we’re all trying our best to make sense of it. At times that can be challenging when given limited perspectives. Assessing historical events far after they have ooccurred once large amounts of information become available, allows us to look back with clear hindsight and learn what did and did not work.

I wasn’t around for the Cuban Missile Crisis but I imagine it was a frightening time for America as well as the world. The Soviets were building missle sites across Cuba and transporting surface-to-surface missiles, nuclear missiles and a variety of offensive weapons onto the island. The US discovered this after repeated assurances from The Soviet Union that no offensive weapons of any kind were being transferred to or built in Cuba. We were told this time and time again while simultaneously receiving confirmation from U2 spy planes that weapons were indeed being brought in and construction of missle sites was continuing at a rapid pace.

We’ll never know what would have panned out had JFK not intervened and handled the situation in the diplomatic way he did. He allowed the Soviets to save face while negotiating a win-win deal for both countries. What caught my attention with this memoir is the retrospective analysis of the entire crisis, not a mere reciting of events. More than when information came to the US, how we received it, and the strategy sessions that ensued. What our next move was, who was involved in those decisions and how we came to them. What other ideas were entertained but passed on. Finally, what did we want from the Soviets, what did they seek, and how could we get there while simultaneously decreasing the threat of nuclear war?

It should be stated that we had missiles in Turkey – an obvious concern for the Soviets. I can see, in this limited sense, why the Soviets felt inclined to construct a military base in close proximity to the US. Communist Cuba was an ideal location. The Soviets worked under the guise that they were helping a fellow communist country defend it’s borders so they could ‘prosper’ under their new political model of governance.

In an ironic twist of fate, nuclear weapons may have brought about peace. Mutual superiority is when each party can inflict unacceptable damage to the other, even after having been struck first. A clear example of this is nuclear war, which is homicide for everyone. The option, being available, forces opposing sides to seek resolution instead of altercation. There’s plenty of life lessons to be taken from the story of the Cuban missle crisis. When in any confrontation or negotiation: always have accurate information, clearly define your desired outcome, the other party needs to win as well, and never act in a rash manner.

Hopefully we’re all around to read a similar story of how the US and the Soviet Union peacefully resolved the current crisis in Ukraine.